Now I have finished my volunteering experince, people ask – “Was it worth it?”

I’ll answer this question in this, the final part of my Olympic blog…

London 2012 has been universally lauded and declared a rousing success by many people. But for me, being involved in an Olympic Games in my home town was a unique privilege. Here are some of the memories that stand out:

1. Watching the Opening Ceremony rehearsal live and in the flesh before the world got to see it. Danny Boyle did Great Britain proud. That experience in itself was worth going through the protracted application process. Here are a  few snaps:

Heading to the Olympic Park (lots of mobile phones!): 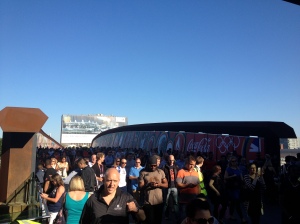 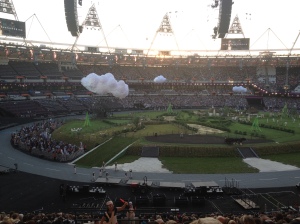 Audience participation, holding up the sea: 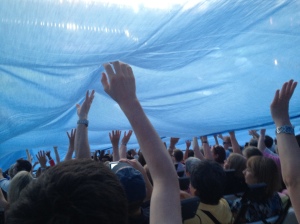 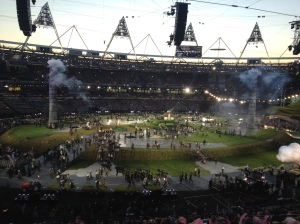 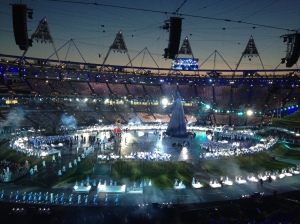 2. Testing commentator headsets during Tom Daley’s 10m synchro final – and being caught on the BBC coverage in the process.

Here’s me caught live on TV:

And here’s a photo I took from that very spot: 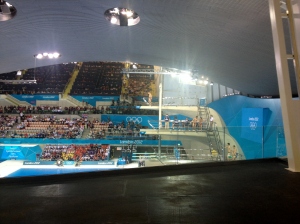 3. Being on the Olympic park on Super Saturday and listening to the crowd in the Olympic Stadium roaring Jess Ennis, Greg Rutherford and Mo Farah on to their Gold Medal wins (albeit from outside the stadium). That same evening I witnessed Michael Phelps win his 22nd and final Olympic medal in the 4*100m relay. He was also awarded The Greatest Olympian trophy. 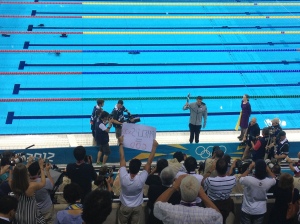 4. The unconditional, deafening support for every single British swimmer and diver, whether they won or lost.

5. Watching the eventual Olympic Water Polo champions, Croatia, demolish their opposition, it was the first match I’d ever been to and it was a bit of master-class. The physicality of the sport certainly appealed to the rugby player in me.

6. Watching “Our Greatest Team” Parade come close by our Accenture office in London along with thousands of other city workers: 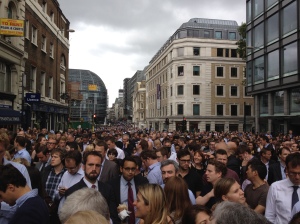 Sir Chris Hoy and his medals:

Quite a few people have come up to me in the office to ask me how it went. Even the Prime Minister sent me a personal thank-you letter! 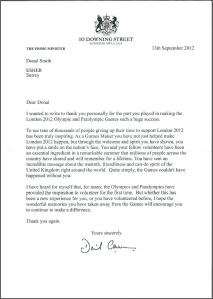 In summary, I got so much more out of this experience than I was ever expected to put in. Not a bad return on a few days unpaid leave!  I wonder how I go about volunteering for the Rugby World Cup in 2015… it’s in my home town after all.